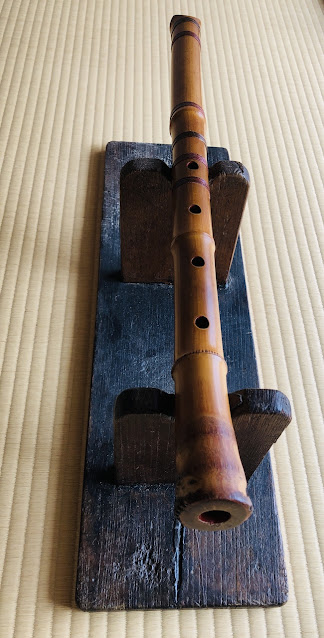 Thank you my teacher and friend, for all the life’s lessons you taught me. 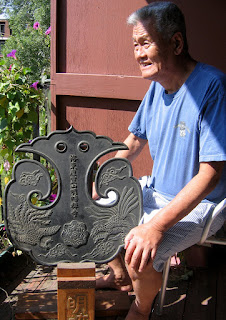 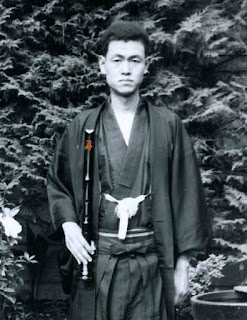 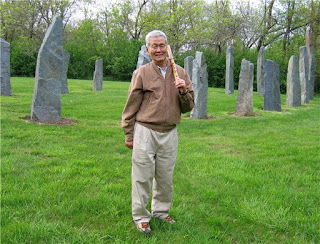 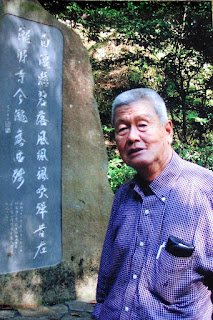 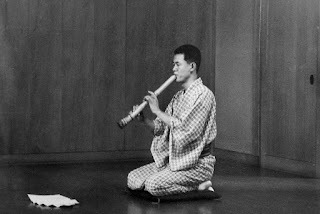 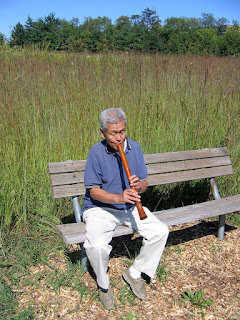 Please find solace in the songs playing for you now... 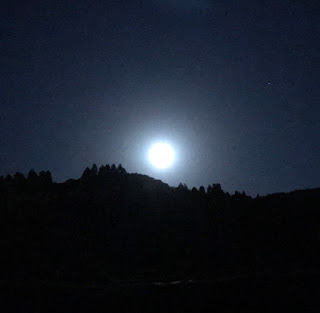 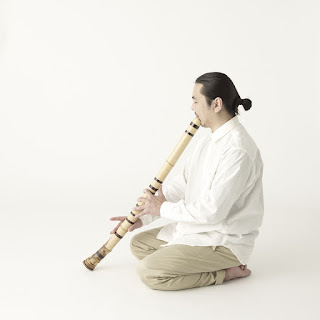 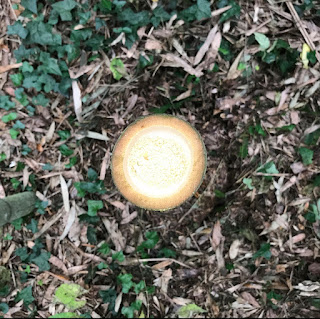 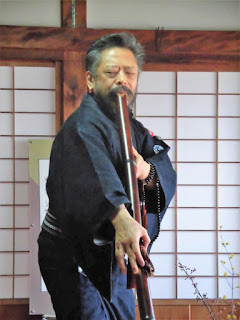 For the Society for the Study of Classical Shakuhachi, known as Koten-shakuhachi-kenkyū-kai. 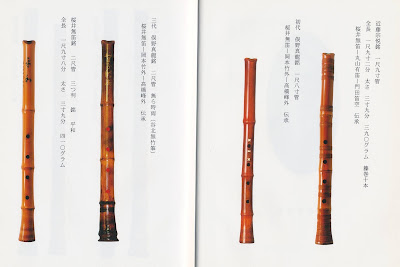 The 1.92 shakuhachi on the right (reddish with bindings) was made by Kondō Sōetsu (1808-1867) and was owned by Sakurai Muteki and then by Monden Tekiku.

The second one (reddish with white cross-fixings) was made by Matano Shinryū I. (born in 1791) and owned by Sakurai Muteki then by Okamoto Chikugai and later by Takahashi Hōgai.
The right one on the next page (dark with golden characters) was made by Matano Shinryū III. (1886-1936). The writing in gold-urushi was added by Tanikita Muchiku and reads Murashigure. Murashigure is a kind of rain that falls intermittently from late autumn until early winter. There is a word play involved because Muchiku writes the word 無ら時雨 with the character Mu for "Nothingness". The usual writing would be 村時雨 "village rain. Murashigure could be translated as “A gentle rain of nothingness” which is the sound that flows out of a shakuhachi.
The other one with writing was made by Sakurai Muteki and he added the characters for "Peace" on it (probably originally with silver-urushi but now it's black). It was made in the early Spring of 1950, as is written on the side (after the war, Sakurai Muteki is famous for regularly visiting the families of his friends who had not come home from the war, and to play shakuhachi at their graves. He survived by a lucky coincidence because he was on deck when his ship was sunk, even though his real station was down with the engine. Muteki left his station to go up deck to play shakuhachi, that saved him. He stayed a seaman and worked on a ship for the postal service of Japan after the war and so he could travel many places and meet other players.) The shakuhachi has three name stamps.
All the others are made by Sakurai Muteki 桜井無笛 or Monden Tekikū 門田笛空 and that's easy to tell from the characters in the text. 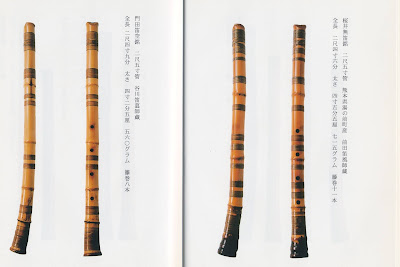 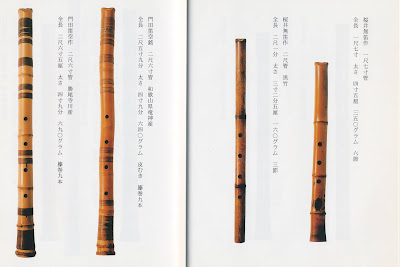 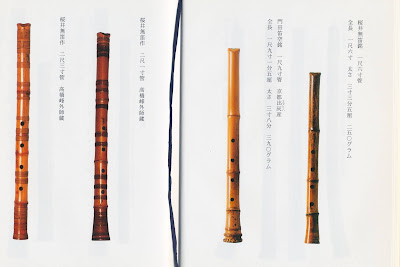 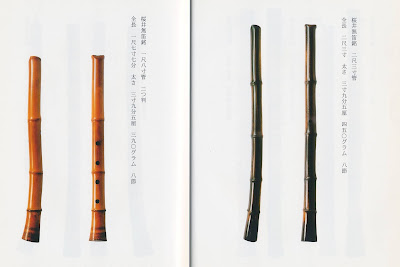 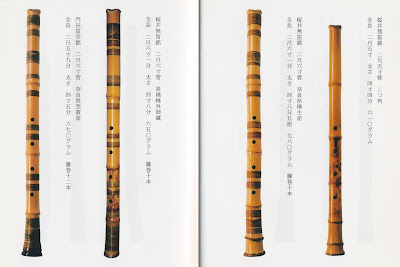 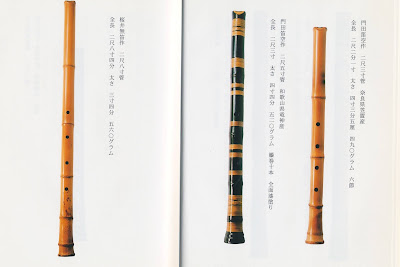 Deep in the Hills of Nara


In the spirit of komuso, the jinashi shakuhachi of Tekizan Ota Ryouichi. 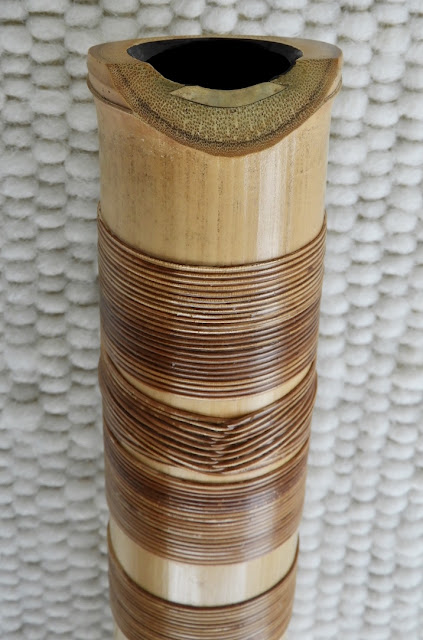 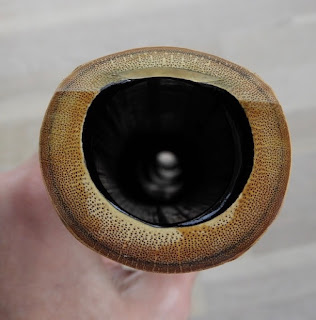 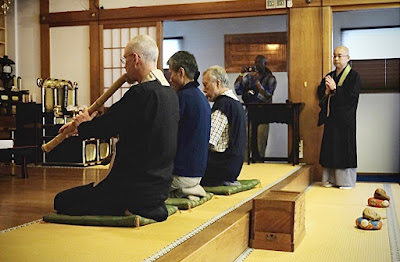 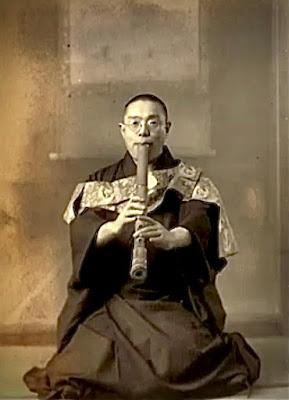 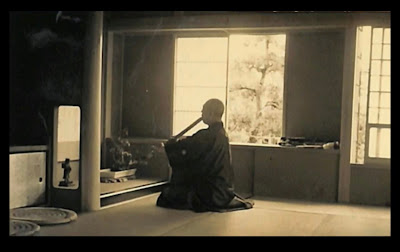